Members of Union Fleurs, the International Flower Trade Association, have elected a new President and Board of Directors on the occasion of the General Assembly held in Essen, Germany on 13 June 2022. The new Union Fleurs Board of Directors will work for the next two years (2022-2024) under the leadership of Augusto Solano, President of Asocolflores, the association of Colombian exporters of cut flowers.

Augusto Solano succeeds outgoing President Richard Fox (Kenya Flower Council, Kenya), who has served on the Union Fleurs Board of Directors since 2008 and held the position of Vice-President from 2014 to 2018 and President since 2018. Richard Fox was the first representative of a non-European member country to hold the presidency in the 60 years of existence of Union Fleurs. The Board of Directors and members of Union Fleurs are immensely grateful to Richard Fox for his outstanding service and highly valuable contribution to Union Fleurs over the past 14 years and for his achievements in promoting the collective mission of Union Fleurs, as well as for his relentless efforts over the years to secure the continuation of the free trade of floricultural products, particularly between Kenya, the EU and the UK. They also acknowledge his long-standing dedication in promoting socially and environmentally sustainable business practises both in Kenya and globally as representative of the trade on behalf of Union Fleurs on the Board of Directors of FSI, the Floriculture Sustainability Initiative from its inception in 2013 to 2022.

The new President Augusto Solano brings a wealth of international experience and a well-established network in the international flower industry. An industrial engineer by education, Augusto Solano has been appointed President of Asocolflores, the association of Colombian exporters of cut flowers in 2000 and has since then become a prominent ambassador of Colombian flowers and of cross-cutting cooperation within the international flower industry.  He is the current chairman of the Board of the Colombian chapter of the World Business Council for Sustainable Development (WBCSD) and represents since 2014 floriculture growers from the Southern Hemisphere in the Board of FSI, the Floriculture Sustainability Initiative.  Augusto Solano has represented Asocolflores in Union Fleurs since 2000 and has served on the Union Fleurs Board of Directors since 2014.

They will be supported in their role by Sylvie Mamias, Secretary General of Union Fleurs, who runs the daily operations of the association from its headquarters in Brussels, Belgium. 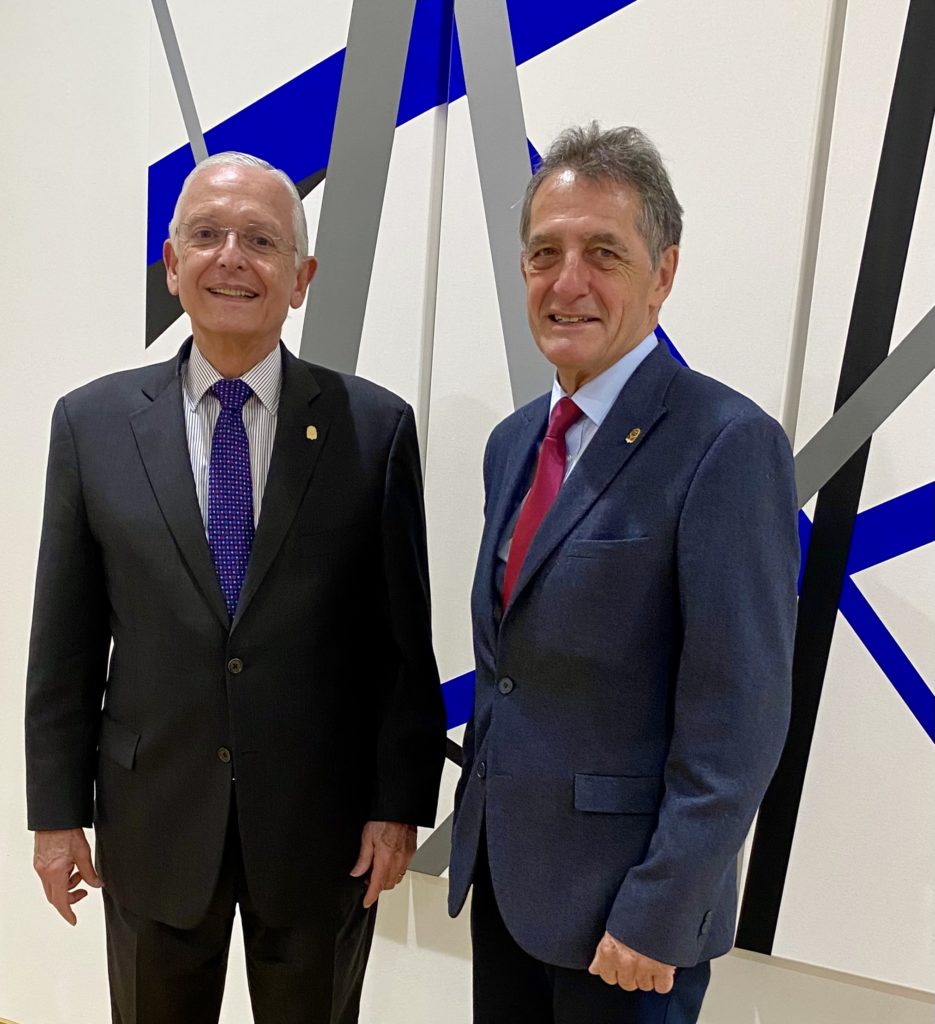